It features a heavy dose of sentiments and strong negative feelings especially for people outside the tribe. It is usually steeped in blind belief, it has an ‘us’ versus ‘them’ mentality, even where there is no need for it. And when it becomes toxic as it almost often does, it is programmed to fuel hate, extremism and lack of objectivity.
The same way Nigerian leaders have constantly deployed this antics of tribe as a divide and conquer tool on national issues, sadly, a number of Nigerian artists are beginning to toe similar path. 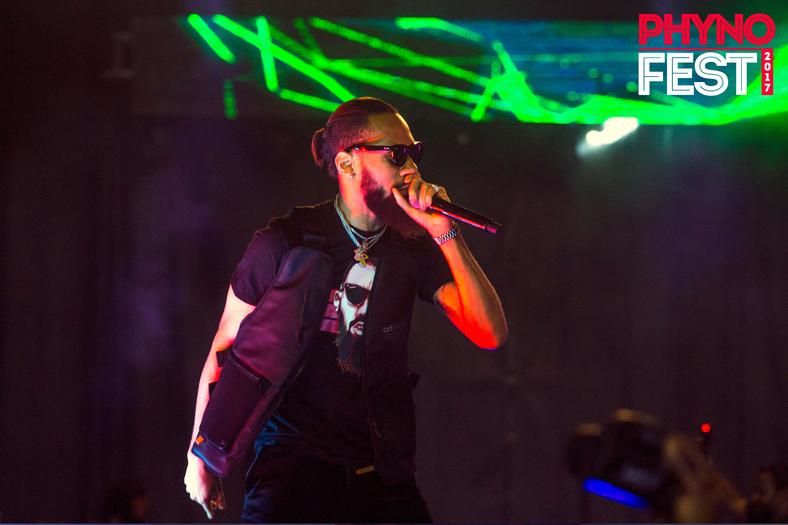 Phyno performing at 2017 Phynofest [Youtube/Phyno]
In 2008 when defunct group P Square lost out of the ‘Album of the year’ category at the Headies, which went to Asa, they levied accusations of nepotism/tribalism against the organizers of the awards.
In 2016, rapper Yung6ix also called out the organizers of the Awards in a series of tweets with the caption ‘Headies and Tribalism’ after failing to get any nomination.
Indigenous rapper, Phyno became a trending topic on Twitter on Thursday night, December 27, 2018. Not for headlining an end of the year concert or releasing a viral single like a number of his colleagues, but for playing the tribal card when faced with criticism of his work.
Music critic, Joey Akan had shared his opinion about the rapper in what could be termed a recap of happenings in the music space in 2018. In the tweet, he had opined that Phyno had a ‘’disappointing’’ 2018, to this the rapper responded ‘’Imagine this tribal fool.’’
Let’s put things into perspective here
Phyno is one of Nigeria’s biggest artists in recent times.
In every generation, there is that artist that eventually emerges and becomes instrumental in shaping and evolving the conversation of rap fully and taking things to the next level for his hood or region, [cue in Da Grin, later Olamide for the West]. 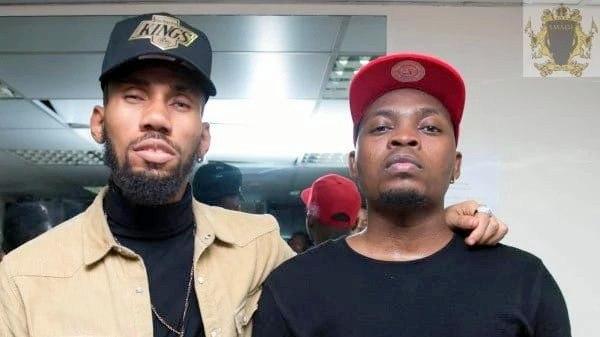 Phyno and Olamide share a chemistry despite being from different regions [Tooxclusive]
Phyno is that man that has truly set a niche for rappers from the East, a region that in the past has seen notable names like Mr Raw [Formerly Nigga Raw] and illBliss.

But where those ones have walked, Phyno has been able to fly, taking his music to more mainstream success and gaining recognition even in homes where the language by which he raps is not even understood.

He released his debut album, ‘’No Guts No Glory’’ in 2012 and ever since it has been a steady rise to the top for him.
In six years, Phyno has blessed us with two more albums, the joint project with Olamide, ‘’2 Kings’’ in 2015 and his second solo album, ‘’The Playmaker’’ in 2016 and a steady catalog of hit singles.
But what has Phyno done this year? 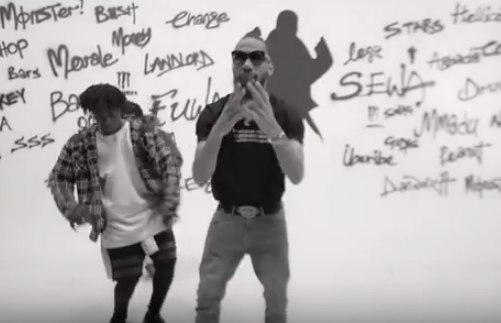 Phyno in the video to one of his biggest songs this year ‘Fuwa Sewa’ [Youtube/Phyno]
2018 has been an intriguing year in his career.
Phyno has been up and about doing what he does best, which is releasing banging records.
While a number of these records enjoyed steady rotations on radio and online, none has left any memorable impact in the year in review.
There is no Phyno song that will be in the conversation for the top 10 songs of the year, or even extended to 20 like in previous years. His influence this year has waned, other rappers like Zoro have shared in the spotlight, hence, you won’t be wrong in actually saying this has not been his best year.
In the month of December where almost every Nigerian artist is holding an headline event, the third edition of his annual headline event PhynoFest which held at the Nnamdi Azikwe stadium in Enugu late last year was marred by rumors of rape and since then he has yet to announce a new edition.
Outside a pocket of appearances, his name is also not present on the line-up of performing artists at a number of these events serving as a pointer to how well he is not exactly in the thought of promoters when considering trending names.
Someone outside your tribe has a right to hold you accountable
Contrary to what the likes of Noble Igwe would guilt-trip you into thinking; nope, you do not have to attend Phyno’s concert or even speak his language to criticize his art especially in this age when there is so much diverse taste in how music is appreciated.
While attending the concert helps you witness his growth first hand and understanding his language helps in appreciating his work more, results come in black and white and do not need these distractions to form an opinion.
Tribalism at its height leads to an intolerance of opinion or idea, which naturally leads to violence as implied in Phyno’s tweet response.
Just so we are clear, the East is not the sole reason why Phyno is a commercial success today. You can’t on one hand form a ‘business partnership’ with a Yoruba rapper in Olamide that sees you making considerable inroads into the west and building a loyal fanbase among his audience and then wave the tribal card when faced with criticism.
It doesn’t work that way. The language of music sees no divide, when it is evidently breaking new grounds, people will praise and where it is not, questions will be asked either objectively or out of fan bias.
So when next your work is criticised, do not go the obvious lazy route when other options are available, you could simply ignore or show workings.
Phyno has a loyal fan base and he knows how to play to their emotions. If instances like this is allowed to continue, then it will ultimately lead to disastrous consequences where there will be no check and balance on actions carried out by people from certain regions and further shut out the transformative force that the music could become nationwide and not just in the east.
The past decade has seen the new age of Nigerians across all fields try to break down the tribal wars that has created enemies and hindered growth and even though we are still far off victory, we should not allow people who reject this to draw us back.
culled from Pulse.ng

Atiku is not a Unifier – Daure David

2023: Dogara Breaks Silence On ‘Plan’ To Run With Tinubu

EVERYTHING – ABEL UGADA (prod. Sleem B)

Nipsey Hussle’s Killer Indicted By Jury, To Be Charged To Court...

Five things you may have missed over the weekend